The month of August is seaside holiday times for many of us and we mainly all have an enjoyable time but for some that is not so true.Our charity exhibition 'Wish You Were Here' this month is raising funds for one of Studio 61 favourites the RNLI Lifeboats.  Karina has a painting in The Mowzer Gallery, Mousehole, Cornwall owned/run by Penlee Lifeboat Crew Member Josh Sim who is also an artist.

With her hubby and son both surfers they donate to the RNLI monthly in the hope that they never need them. 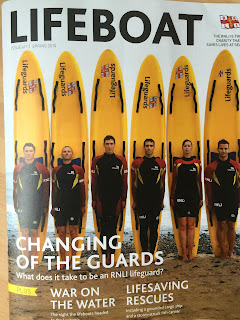 
The charity was founded, with royal patronage, originally as the National Institution for the Preservation of Life from Shipwreck in 1824, this was later re-named the Royal National Lifeboat Institution (RNLI) in 1854. 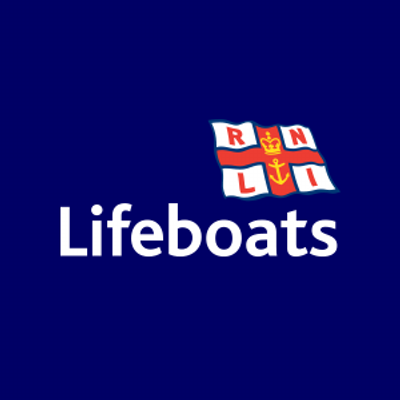 The RNLI’s lifeboat crews and lifeguards have saved more than 139,000 lives since the charity’s   foundation in 1824.The biggest single rescue was in 1907, when lifeboats from Cadgwith,  Coverack, the Lizard and Porthleven rescued 456 people from the liner Suevic.

For the RNLI’s first 100 years or so, lifeboats were mostly launched and recovered from their local beaches. In many communities, hauling the lifeboat during launch and recovery was done by women, as most of the men were on board. Often, farmers loaned their horses to help bear the weight. 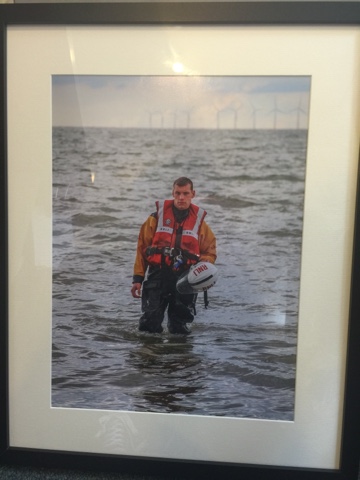 "Portrait of a lifeboatman" by Geraldine Curtis


These days, most large, all-weather lifeboats are designed to be launched from a slipway, or to lie afloat. But beach launches are still common, especially with the smaller, inshore lifeboats. Specially adapted tractors are now used to do the hauling. 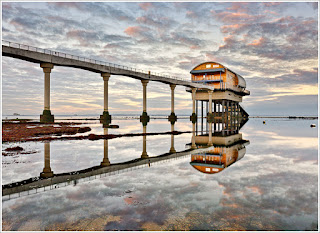 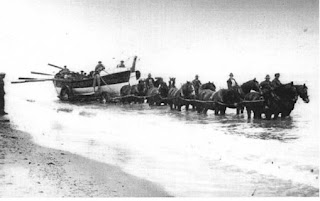 The way in which people use the sea has changed dramatically since the RNLI’s foundation. More people are using the water for leisure, and the lifesaving service the RNLI provides has had to change accordingly.

In 2001, the charity’s lifeguards began patrols on some of the most popular beaches in Dorset and Cornwall. RNLI lifeguards are now present on more than 160 beaches around England, Wales and Northern Ireland, and rescue thousands of people every year. 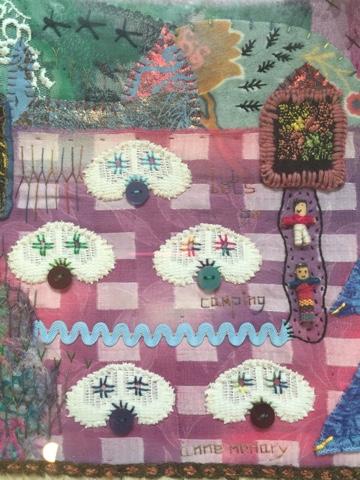 Fundraising efforts in the mid 19th century were focused on the wealthy, and it wasn’t until the late 1880s that the RNLI saw how generous the general public could be.

With 92% of  total income coming from generous donations and legacies, RNLI depend on dedicated volunteers and supporters to save lives at sea.


Your support means their lifeboat crews can reunite the 24 people they rescue each day with their families.

A snippet from "Wish you were here" by Anne Menary Textiles