After a week of being "snowed in" it was great to escape to a magical world at Sudbury Hall this weekend. 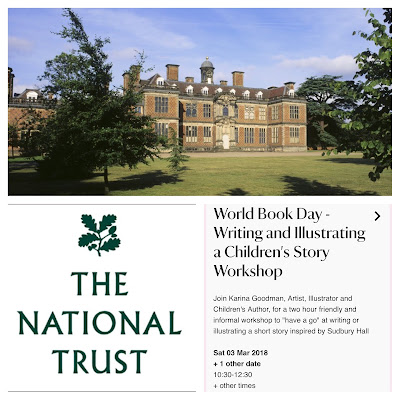 I ran four children's book workshops over the weekend attended by eager and enthusiastic budding young writers and illustrators.

I think it was in 2005 that, as a mum volunteer,  I went on a school trip with my son and daughter's class at Lea Primary to Sudbury Hall.

I needed to write a story inspired by Sudbury Hall so I asked my two what they remembered from their school trip and both came back with the same answer...... the chimney!!

The National Museum of Childhood has had many changes since and new interactive features but the chimney experience is still there.  It enables daring young "sweeps" to take on a chimney climb and crawl into the darkness to get a feel for what it would have been like for real life chimney sweeps in days gone by. 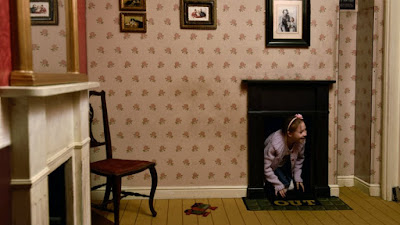 
I decided upon a short introduction to a story called The Museum's Magical Chimney to inspire them to create their own story plot, invent their own main character and write what happened to them after they went up the chimney but didn't come out the other end as planned!!

After I'd read out the introduction it was great to hear their imaginative ideas as we all sat in a group and disappeared into other worlds, parallel universes and went back in time when servants busied away in the kitchens.

I have a vivid imagination myself but was blown away by the worlds they took us all to and it was funny that chocolate appeared in quite a few of the stories!

I do hope I get invited back and can highly recommend a visit .... if only I could have got up that chimney!

https://www.karinagoodmanstudio61.co.uk/childrens-workshops.html
Posted by Unknown at 11:07